Comparing Acupuncture and Medications for Stimulation of Ovulation 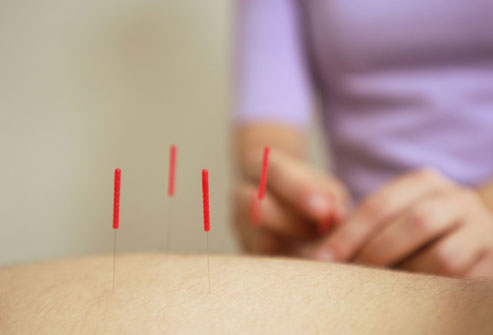 For women trying to conceive, ovulation is the special time, around the middle of the menstrual cycle, that makes it all possible—when the egg is released from the ovary and conception can occur. But some women don’t ovulate consistently, or at all, on their own. So what can women do in this situation?

Conventional medical treatment involves prescription of Clomiphene (also known as Clomid) or other drugs, including Letrozole (Femara) and injectable gonadotropins. For women wanting to go a more natural route, acupuncture has also been shown to be effective in stimulating ovulation, typically without the side effects of the prescription drugs. But how do conventional treatments and acupuncture compare in effectiveness? I found two research studies that addressed this question.

In the first study, one group of 60 women was treated with acupuncture and moxibustion (warming of acupuncture points) for three menstrual cycles, and another group of 60 women was treated with Clomiphene (1). What they found at the end of the three cycles was that there was no significant difference in the ovulation rate between the two groups of women, but that “pregnancy rate [was] higher and abortion rate [was] lower for the patient of the acup-moxibustion treatment than for oral administration of Clomiphene,”(1) and the difference in pregnancy rate was statistically significant.

The second study had similar findings. In this study, 25 women received acupuncture plus traditional Chinese herbal therapy, whereas another group of 25 women received treatment with Clomiphene and intramuscular injection of chorionic gonadotropin (2). The women were treated for six menstrual cycles and then ovulation and pregnancy rates were compared. Again, they found no significant difference in ovulation rate between the two groups, but the pregnancy rate was significantly higher in the acupuncture and herbal therapy group (44%) than in the medication group (16%)(2).

Many women want to try treatment with acupuncture before taking medications because they want to go a more natural route or are concerned about the side effects of the medications. The studies mentioned above suggest that acupuncture treatment is as effective as medication in stimulating ovulation and may actually be more effective than medications in contributing to a healthy pregnancy.

For more information or to book an acupuncture appointment contact us today!

If you are looking for the best acupuncturist for fertility, look no further. Christina is the person you should be going to and you will absolutely love her passion, care, and work integrity. I have been struggling with recurring polyps and for almost three years, I went through 2 surgeries to get them removed, but unfortunately, it ended in countless disappointments with negative pregnancy tests. Just when I was devastated that the doctors told me my polyps returned and that I needed another surgery + IVF given my polyp’s rate of growth, Christina gave me hope. Christina is realistic, empathetic, and a gentle guidance that’s there to nudge you to go a little further when you are feeling defeated. 2 months into my acupuncture session with her, I found out that we’re expecting a baby. I am beyond thankful for Christina’s support and her knowledge in the fertility field. She is truly an intelligent guide who cares about the well-being of her patients. This is rare to find in an individual and you’ll be lucky to have her on your fertility journey.

I was lucky to see Christina when I was struggling to get pregnant. Christina helped me and with help of acupuncture, I got pregnant in 11 weeks while getting treatment. Thank you Christina ❤️❤️.I am blessed with beautiful baby boy now with your help during my difficult journey

Thanks for all your support, guidance, hope and calm through this ongoing journey for us. This definitely would be a million more times difficult without you and your team. Thanks for making a difficult time just a little bit easier.