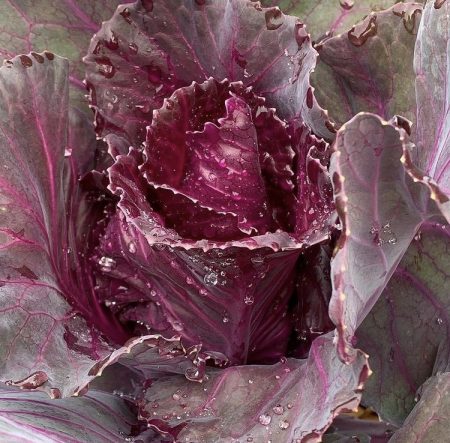 March is Endometriosis awareness month and I get a lot of questions about what supplements can help to relieve Endometriosis symptoms.

The following are some of the symptoms and their causes that are often experienced by people who suffer from endometriosis:

Supplements that could help with these symptoms and causes include:

DIM is found in cruciferous vegetables (ie. cabbage, broccoli, kale, cauliflower, etc). DIM is anti-inflammatory in nature and is metabolized similarly to estrogen. This helps promote healthy estrogen breakdown and removal from the body. Women with endometriosis are estrogen dominant (meaning high levels of estrogen are present) and that is why proper estrogen metabolism is important.

A 2018 study looked at the clinical effects of DIM supplementation, DNG (Dienegist-*a prescribed medication) alone, and a combination of DNG and DIM in women with endometriosis (1).

DNG and DIM both inhibited the growth of endometrial cells. Endometrial tissues from women with and without endometriosis were exposed to DIM, DNG, or both. Endometrial cell life was decreased with DIM supplementation alone (25%) significantly more than with DNG alone (9%) and had a more improved effect when used in combination (40%) (1).

Curcumin is an active component in turmeric and has proven anti-inflammatory properties as well as other potentially health-promoting characteristics, such as hormone-regulating abilities.

Research on curcumin for the treatment of endometriosis is limited, however, a 2013 study found that it can help reduce endometriosis epithelial cells (these are the cells that adhere to parts of the body outside of the uterus) by reducing excess estrogen production (2)

A 2020 review published by the Journal of Molecular Science suggests that curcumin may provide relief from endometriosis-related inflammation and directly act on decreasing adhesion and invasion of new lesions, shrinking existing lesions and stimulating angiogenesis (new blood vessel formation) to healthy cells (3). The authors do suggest that further research is needed to strengthen these findings.

Milk thistle is a plant that contains silymarin, which decreases inflammation and supports healthy liver function.

The liver is important to help manage endometriosis, it’s responsible for filtering out toxins in the body, including excess hormones such as estrogen. As stated previously, endometriosis is an estrogen-dominant condition and endometrial lesions depend on estrogen for development and growth.

** NOTE: Milk thistle should not be taken if you are on certain medications for depression, diabetes, blood clotting disorders or to help lower cholesterol. Please speak to a qualified practitioner before taking milk thistle.

NAC is an amino acid derivative. It is a precursor to glutathione production in the liver, which is one of the body’s most important antioxidants.

In a 2013 study of 92 women in Italy, 47 took NAC and 45 took a placebo. The study showed that NAC decreased abnormal cell growth, decreased inflammation and reduced inflammatory genes. Also, 24 patients in the NAC group cancelled their scheduled laparoscopies, due to a decrease or disappearance of endometriosis, improved pain reduction or because they had become pregnant! In the other group, only one patient cancelled surgery (4).

Omega-3 fatty acids from fish oil contain DHA (docosahexaenoic acid) and EPA (eicosapentaenoic acid). This combination can reduce the production of molecules and substances linked to inflammation, such as inflammatory eicosanoids and cytokines

A 2010 study published in Human Reproduction that took place over 12 years, showed that women who consume the highest amounts of omega -3 fatty acids were 22% less likely to be diagnosed with laparoscopically confirmed endometriosis when compared with women who had the lowest intake of Omega 3 fatty acids. Conversely, those that consumed high amounts of trans-unsaturated fat intake were 48% more likely to be diagnosed with endometriosis (5)

Fortunately the first three supplements (DIM, Curcumin, and Milk Thistle) can be found in a single formulation. I recommend Estrovantage by BioClinic or EstroSmart by Lorna Vanderhaeghe.

NAC and Omega 3’s need to be taken separately.

I do want to stress that supplement intake should not replace the care of a medical doctor and the importance of consulting with a qualified health practitioner before taking any dietary supplements. Not all supplements are safe to take and there is no one-size-fits-all plan. Practitioners at Whole Family Health look at everyone individually and make decisions based on each person’s needs.

If you would like to find out how we can help you, please feel free to schedule a free 15-minute phone consultation.

I am so fortunate to have found Christina to be my acupuncturist. Christina has effectively aided me with a number of issues. I find her to be very professional, knowledgeable, dependable, punctual and passionate. What strikes me most about her and her craft is her openness and her attentiveness. I feel I need to add that she is extremely gentle with the tools of her trade for those that may be nervous about needles. – D.K.

I wanted to thank you for everything you did to help me get pregnant. I always liked coming to see you and your colleagues.

I know that how you are with me is how you are with all of your patients…; however, I really want to say thank you for all the advice, support and frankness that you offer to me.  I appreciate you so much and you have been an amazing support up to this point.  Thanks again, life coach!

Christina, and Everyone at Whole Family Health: Thank you for everything you’ve done to contribute to my health and wellness over the past few years. You have made such a positive difference in my life! W